How to Deal With Telephone Scammers

Every day I get bombarded with scam callers. The calls are supposedly from Microsoft, Apple, IRS, VISA, and many others. To help fight or understand what can be done about scammers please visit this link on Jim Browning’s channel on YouTube.

The attached is a recording from a dash camera of a Los Angeles police car in pursuit of hoodlums. The recording is only a minute or so in length. This is the most excellent justification of why the police should have such dash cams.

Think of how vivid and accurately what happened can be communicated to a potential jury of the event. If YOU had experienced this chaotic event, without the dash cam recording, how well could YOU explain to a jury of your peers what happened?

According to “Black  Lives  Matter” officials, the black guys were not actually shooting at the cops. Their hands were up! They were just a couple of innocent guys en-route to their college enrollments when the cops shot them IN THE BACK because they were black.  Of course, that explanation from BLM was made before the dash cam video capturing the chase and the shooting was publicly released by the police.

Unfortunately, before the truth came out, local news reports (without any confirmation of facts) indicated that this incident was just one more example of police targeting young blacks.

What say you now BLM?

Here are some tips on how to protect your home and family.

Burlgars Shares Tips on How to Protect Your Home 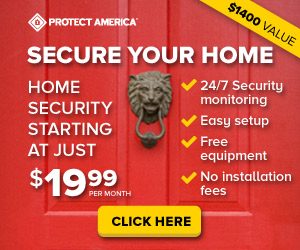